Open your light and heal... 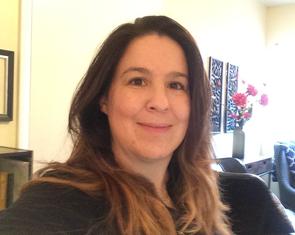 I have felt a strong pull towards helping those enthralled in addiction to heal and literally shed the weight of addiction.  It is heavy.  It feels heavy.  It weighs us down from realizing our goals, our purpose, our life!  I imagine recovery as a metaphorical process of learning to unzip from our physical bodies, letting go of old habits, old beliefs, addictions and emotional baggage and stepping out freely into the world.  Let’s go there for a second and imagine not feeling the weight of our addicted body, the weight of our negative thoughts, and most importantly the weight of our old beliefs.  Beliefs that limit our growth and expansion.  Beliefs that tell us we aren’t worth it, that we aren’t good enough.  Beliefs that keep us stuck and alone. Now let’s go back to that weightlessness, it’s hard for some to even imagine the possibility.  The idea that you can be free of the baggage, the shame, the guilt, the negativity.  In my work, I’ve experienced this fear over and over.  And that is exactly what it is—FEAR! The fear is what keeps us from understanding and believing that we can change. That we can let go of our pain.  We CAN BECOME who we are meant to be.

The process of healing is not about having to break yourself down.  Of course, when we are beginning to learn how to heal it feels very much that way. It feels that we just won’t be able to do it, that it’s too hard.  We have given in to the ideas and beliefs that it’s too late for us or that we’ve already missed out on too much.  For some, it’s just all you know. The process of healing is also not about deprivation.  Yes, you will lose the desire to use eventually with the idea of ADDING IN things in your life that will eventually become more desirable.  The idea of adding in healthy relationships.  The idea of adding in life purpose and goals.  The idea of adding in having fun and growing things that you value.  And, most importantly, adding in YOU!

The single most important thing you lost when you became addicted was you.  Somewhere deep down you are still you, still there, wishing others could see beyond the using, see beyond the behaviors.  You are still there wishing someone would take a chance and wishing someone would try to understand.  Maybe if they could just understand that there is a part of you that is not wanting to use and also understand how strong the addicted brain can become.  It makes us do things we thought we would never do.  We may begin to act sneaky, hiding away not only our drugs and alcohol, but our emotions and behaviors.  We may begin to lie.  We may begin to steal.  We may begin to become less accountable.  We may begin to act entitled.  And then we top it all off with shame and guilt, frustration and disgust, and the sadness of feeling alone.  We begin to beat ourselves up and join in with others who are frustrated with our behaviors. That is when we truly lose ourselves.  Don’t continue to let the world miss out on you.